I am not a golfer. Quentin would like me to be one, but so far I’ve had no interest and not enough time to try it as a sport or hobby. You can imagine my scepticism when we were recruited to play in a couples golf day for charity at the Ladybrand golf club. The day was specifically organised to accommodate non-golfers so after a bit of arm-twisting I decided to give it a try. How bad could it be? As long as Quentin played well we would be okay. As long as I could hit the ball my dignity would be in tact…. oops, that certainly wasn’t guaranteed!

As it turned out, we had a fantastic day and I might have to reconsider my previously held views on golf. Yes, it takes a lot of time, but it was a nice day out. Skilfully guided by my husband, I managed to swing the club and hit the ball (most times!). The American scramble format made it much more enjoyable for a non-golfer, because in a team of two you get to play from the best shot after each shot. Quentin played brilliantly on the day shooting an Eagle on the 3rd hole! It also helped that we purchased a few “Mulligan’s” for charity, which gave us opportunities to take some shots over to improve our score. I even made a few puts! In the end we were the best golfer/non-golfer team! I can’t say I am completely sold as   I would be hopeless without Quentin to guide me, but who knows, maybe one day I’ll make his day and go for a lesson or two. In the meantime, I look forward to next year’s event. 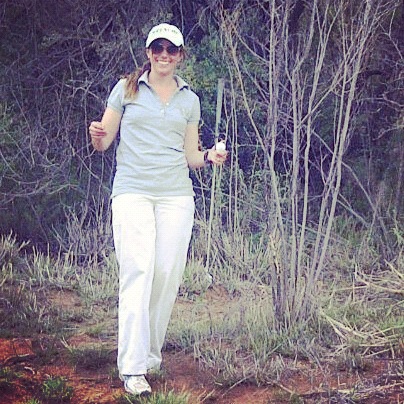 Retrieving Quentin’s ball from the rough on the 8th hole.

In a tricky spot aiming for the green.

Norman putting on the 8th hole. 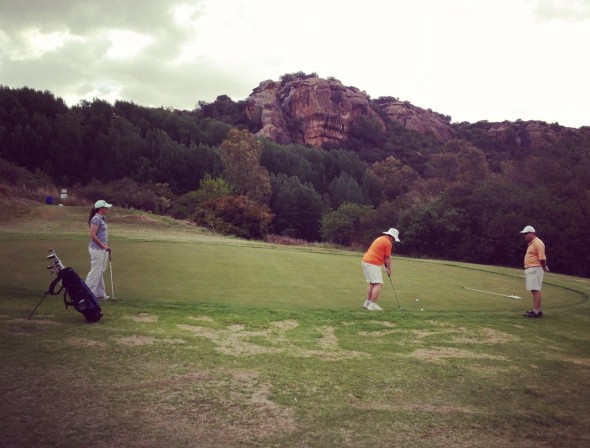 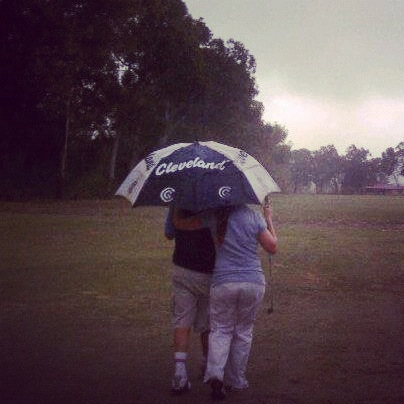 My oven is still not working after three weeks of down time. Hopefully it will be serviced soon. In the meantime I was lucky to have some par cooked pizzas from my last batch in the freezer ready to be heated in the Aga. Why don’t I just use the Aga to bake? It is possible, but I can’t control the temp so sometimes it’s super hot and sometimes it’s just meh. Too unpredictable to waste time and energy trying to get too complicated!
Spent some time in my garden today to sooth an intense longing for friends and family. Feeling very far removed and isolated. This too shall pass. Feeling gratitude for this moment of peacefulness as the sun sets.
(III of III) WHOLEGRAIN FLOUR STRESS TEST: 1. Power wholewheat rollermilled bread flour 2. Lowerland Organic Stoneground Field Blend (sifted) (preserved in fridge for 2 years) 3. Vastrap hard red winter wheat freshly milled to finest setting in @wolfgangsmockmill (unsifted) @ovk_groep @lowerland_organic_farm #flourstresstest
(II of III) WHITE BREAD FLOUR STRESS TESTS: 1. Eureka Stoneground White Bread flour (roughly 11.5% protein) 2. Power White bread flour (milled by our local co-op OVK) - rollermilled refined white bread flour 13.2% protein. 3. Eureka Stoneground Cake Flour 11% protein at 84% hydration 4. Eureka Stoneground Cake Flour at 70% hydration #eurekamills @eurekamills @ovk_groep #flourstresstest