Livia and I have been away for a while visiting my dad in the Cape. While we had a great trip, and even managed to spend a little bit of time with Ashley at the beach, we were very ready to come home. For some reason I’m always away in October when the roses have their first flush and things start to really happen in the garden. It makes me very home sick knowing what I’m missing out on! At the same time, the garden is desperate for some proper rain to really get things going and the farm landscape is still very drab and brown offset here and there with bright green wheat fields. The contrast between the Cape and the Free State could not be greater than at this time of year after radically different winter rainfall. We did have a bit of rain while I was away, but it was accompanied by a massive hail storm which caused a lot of damage in the garden, but fortunately not too much on the farm. Quentin took these beautiful photos just after the storm. He even came across a porcupine that had been flushed out of its hole and looked very disoriented, poor chap!

While we were away most of the seeds I planted in pots in September germinated and the stuff we planted under the bird nets in the veggie garden seems to have survived. I’ve got some beautiful italian tomatoes, lettuce, kale, brassicas, artichokes, rocket, carrots, beans, squash and a few other bits and pieces. Our electric gate stopped working though so it stands open in the day and creates a clear path for the chickens to feast on a buffet of greens! Tseliso doesn’t have the heart to keep them cooped up all day so roam free they will. I was expecting the strawberries to be ready for picking, but sadly they were flattened by the hail. 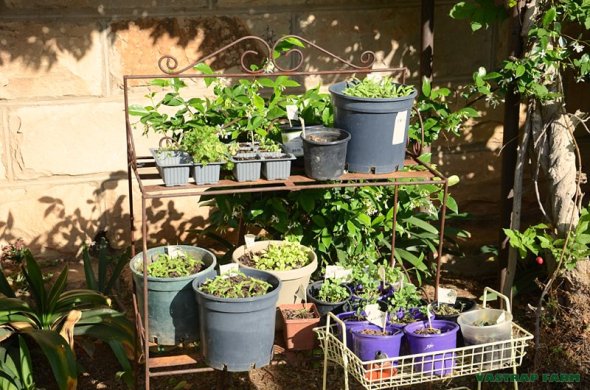 While we were away our new bronze garden sculptures by an artist called Sarah Richards arrived. They are a beautiful life sized wattled crane and a purple heron. I think they look magnificent (thank you my love!)

While we were away the roses put on a magnificent display that was cut horribly short by the hail. The garden now looks nice from far, but in reality is far from nice. My fantasy of picking arm loads of blooms for the house will have to wait for the next flush later in November or early December. The irises looks beautiful though and my dahlias are coming up well. The peonies are looking a bit fragile, but hopefully they’ll pull through. Sadly is looks as if my favourite indigenous tree that was a huge attraction for birds has died. It already looked poorly last season, but it still has no green shoots. I’ll give it a bit more time, but I think it’s a goner. I don’t even know what kind of tree it is, but will try to identify and replace it. 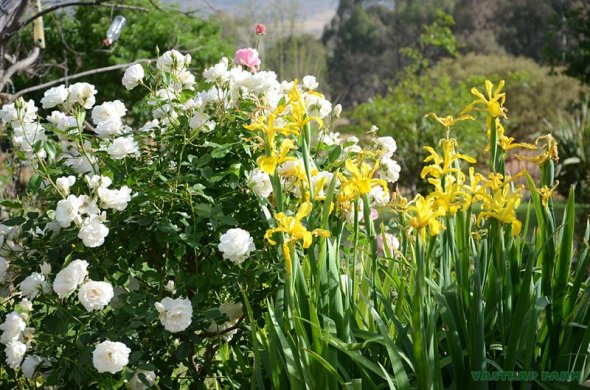 While we were away the new installation for our pool heating system was completed and the water pump has been connected today. I must say, the guys did a magnificent job, especially our farm manager Andre who built the structure from scratch and connected up all the little pipes. I can’t wait to have late afternoon swims with Livia and for us to have an extended swimming season! This massive new structure now standing in the garden is going to require some work to finesse and soften and my head is buzzing with ideas. I’ve already bought some more honeysuckle, star jasmine and jasmine to train up the supporting poles and along the tennis court fence. Apart from the warm water that it will provide, I’m also very glad that we now have a shady patch around the pool. My next big mission is to find some nice outside furniture to transform this into a real living space. 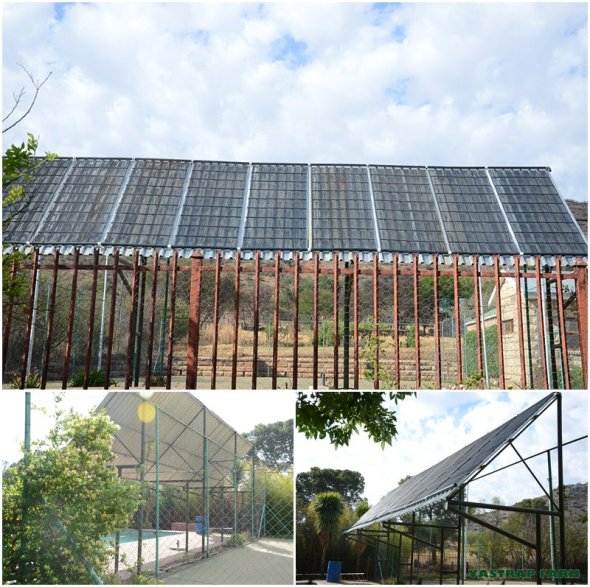 One thought on “Absence makes the heart grow fonder”

Moon rise yesterday. Photo credit to my love @quentindebruyn
I acknowledge my priviledge. I’m ready to listen with an open and loving heart. I’m willing to do the work required to change. Enough is enough. BLACK LIVES MATTER. #blackouttuesday #standagainstracism Please don’t hashtag blacklivesmatter
My oven is still not working after three weeks of down time. Hopefully it will be serviced soon. In the meantime I was lucky to have some par cooked pizzas from my last batch in the freezer ready to be heated in the Aga. Why don’t I just use the Aga to bake? It is possible, but I can’t control the temp so sometimes it’s super hot and sometimes it’s just meh. Too unpredictable to waste time and energy trying to get too complicated!